How to Use Smoke Cleansing to Cleanse Negative Energy 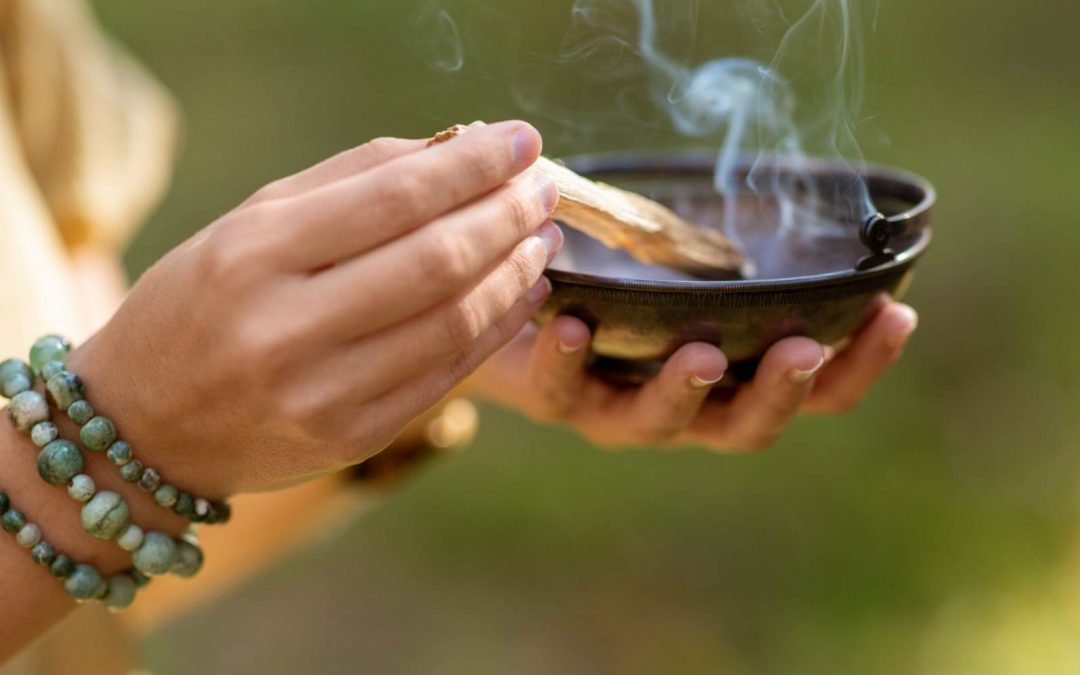 This page may contain affiliate links. Read our disclosure here.

How to Use Smoke Cleansing to Cleanse Negative Energy

I was lucky enough to have a friend at one point in my life that was Native American. She told me a little bit about what her culture was like, but the biggest thing that she taught me about was Smudging. She absolutely loved showing people how it was done, and it always felt amazing when she’d smudge our home. It is now something that I do regularly when I am feeling extra stressed or just want to clear the house of negative energy.

Smudging is basically the practice of using the smoke of certain herbs to help purify the air and cleanse negative energies. The main herbs used are white sage and/or cedar.  Many people smudge their homes when major changes happen in their life (new baby, new home, loss of a family member, job change, etc), at the change of seasons,  or especially when we are ringing in a New Year. It has also been used to help spirits leave your home if you feel like you have an issue with that (which is exactly what prompted me to start smudging regularly).

The best times to smudge are during times of extra stress, when you are moving into a new home, if a person moves or moves in, if you’re starting a new job, getting a new pet, having a baby, or even just at each full moon. The full moon is perfect if you have crystals to cleanse too- more about that in another post!

The Science on Smoke Cleansing

There has actually been a Pubmed study done on the effectiveness of smudging. They looked at 265 herbs in 50 different countries and found that “this review argues in favor of medicinal smoke extended use in modern medicine as a form of drug delivery and as a promising source of new active natural ingredients”.

There has also been an experiment with smudging where they determined that an hour of burning the herbs made a 94% reduction in the bacteria in the air, a result that ended up lasting for a whole month! (Source)

So while smudging may seem like a simple concept, it has truly remarkable and powerful healing potential! It has been used in many Native American traditions for centuries, and it’s also been linked to ancient Rome, Greece, and Egypt. These days, it has found its way into the alternative health and energy healing community because of its effectiveness. It has truly become something that many appreciate because of its amazing healing properties!

How to Use Smoke Cleansing

Most go for a good white sage like this one. I usually prefer to find some locally like at Whole Foods or other natural health type stores. When my friend taught me how to do this, she mentioned that traditionally they used an abalone shell to catch the ashes and a feather to spread the smoke around, but they are not essential. I usually just use a small glass Pyrex bowl for the ashes, and I make sure to wave the smudge stick to get the smoke to reach more areas. White sage is the most popular but you can also use mugwort, lavender, cedar, Palo santo, sweetgrass, or a blend of herbs altogether.

Please be aware that we need to source white sage from a SUSTAINABLE source. Some are even asking for us to stop using it altogether right now because it is becoming endangered. There are MANY herbs you can use for clearing negative energy so it’s just as easy as switching to a different herb or herb blend. Check out more info here.

Light your smudge stick and let it catch fire. You can blow the fire out, and wait for the smoke to start to billow. Walk around your home and let the smoke fill in every space in your home- corners, closets, and some even open their cabinets as well. The first source I read about recommended starting at the front door and moving the smudge stick clockwise in the door frame, and then go clockwise around the whole house.

Make sure you have the windows open, and doors if possible (if you don’t have kids or pets!) to help the smoke escape quicker. Some people pray, some just ask for the negative energy to attach to the smoke and leave the home, and others like to smudge in silence. Be mindful of the ashes as you are going around (hence the shell or a bowl!).

Once I’m done, I leave the stick in the glass bowl to continue to smoke until it puts itself out. I usually clean the whole house first beforehand, and I shower after I’m done smudging as a total cleansing ritual. Some people actually feel a bit sticky after they smudge. This can be a sign that negative energy has actually be cleansed! This happened to me the first few times I did it when we were having some very bad energy issues. Most people feel so relaxed after they smudge, but it can take a few times of doing it to clear out all of the negative energy in your home.